Start preparing for the next 150 years of Canada's climate 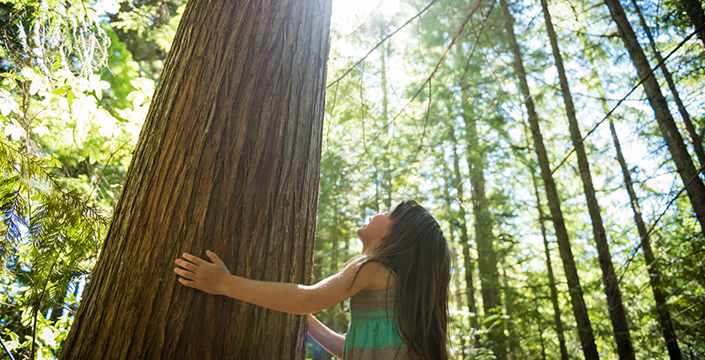 I missed the Canada Day fireworks this year, a shame since I hear it was a spectacular year for fireworks around the country with it being Canada’s 150th anniversary. I missed the fireworks because we had tucked the little one into bed, well past bedtime since we were visiting family, but still too early to catch the dazzling display of lights and noise. We were able to hear the fireworks in the distance, as our family chatted in the backyard. We started chatting about the 150th anniversary and someone chuckled about how Canadians from 150 years ago wouldn’t recognize Canada today!

That night, before crawling into bed, I peeked in on the kiddo and my thoughts drifted from the past 150 years to the years ahead of us and how Canadian life would change as our little guy grew. I’ve been reading a lot about climate change and health lately, and had been thinking about what that will mean for him growing up and the precautions we’re already taking. The World Health Organization has described climate change as the greatest health threat of the 21st century. In Ontario, climate change is bringing more severe storms and flooding, more heat waves, and more disease carrying ticks to name just a few. Consequently, there are already new habits our family is creating to be prepared for these changes.

The severe wind storms we’ve had in recent years were a wakeup call to us when several big trees knocked down power lines in our neighbourhood leaving us without power for a few days. We managed, but I realized we weren’t prepared for something bigger, so now we have a family emergency kit packed and I have a weather app sending me storm and other extreme weather warnings from Environment Canada.

The same weather app also sends me heat warnings, which I use as a reminder to pack an extra water bottle, sunscreen and swimming gear for the splash pad, or to simply plan to stay cool indoors that day.  Unfortunately, our backyard is short on shade, so we were looking around at ways to create shade and learned that shading your home with trees or awnings over windows can reduce your air-conditioning load by about 30 per cent!

Our little guy is full of energy, so we take advantage of nice weather days to get outside and explore. Knowing about the increasing prevalence of blacklegged ticks in Ontario though, means that we wear close-toed shoes and long pants whenever we plan to walk through a forested or bushy area just in case!

But this isn’t just about being prepared for climate change, we are also taking steps to reduce our footprint. We’ve started by replacing all our light bulbs at home with LEDs when we came across a great ENERGY STAR rebate program by searching this site. And my husband’s been lucky to find a few people to carpool with for his long commute, which has also saved us a bundle of money!

There are plenty of other ways to help fight climate change and create a healthier planet both now and in the future!

Let’s talk vaccines
November 30, 2022
Enjoy time outside, but do not let ticks hitch a ride!
June 15, 2022
Buzz off! Protecting yourself from mosquitoes and West Nile virus this season
May 19, 2022
April is Oral Health Month, so let’s talk about teeth!
April 7, 2022
Getting Back on Track with School Immunizations
March 4, 2022
END_OF_DOCUMENT_TOKEN_TO_BE_REPLACED