Home / Blog / The simple facts everyone should know about hookah

The simple facts everyone should know about hookah

They’re doing what? Young people that is, and hookah. You know, water pipe. Shisha.

In case you’re not a millennial or haven’t been to one of the places in the world where hookah smoking is traditional, a hookah is a water pipe with a smoke chamber, a bowl, a pipe and a hose that uses charcoal to burn tobacco or herbal products known as shisha.

Hookah has its roots in Iran, South Asia and Middle Eastern countries where it was traditionally used to smoke tobacco products, but is becoming increasingly popular among youth in Ontario where its use is now roughly equal to cigarettes. People often mistakenly consider it a healthier alternative to smoking cigarettes, but the truth is that both tobacco- and non-tobacco shisha smoke pose serious health risks to smokers and those exposed to the smoke second-hand.

Hookah is usually sold with flavours, including vanilla, apple and some which are particularly attractive to youth such as bubble gum or gummy bear. Hookah is also connected to café culture. Many establishments are emerging across Ontario catering to the young adult hookah- smoking crowd. 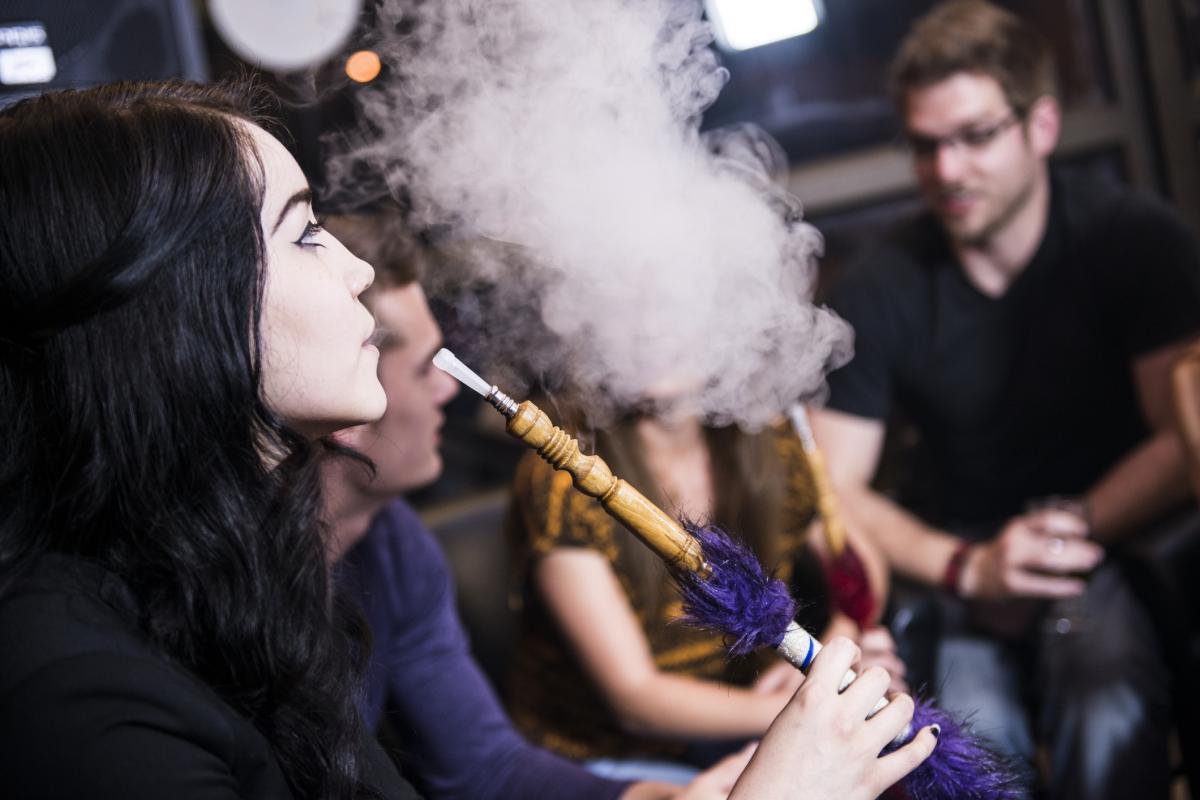 Hookah use with tobacco shisha is already banned in public places by the Smoke-Free Ontario Act,  but hookah products are often mislabelled so users may not know if they are getting nicotine or not. Enforcement officers can’t immediately tell what substance is being smoked without taking it to a lab for testing.

There are other problems associated with hookah:

Smoking sessions typically last about an hour – much longer than the 5-10 minutes it takes to smoke a cigarette. This timeframe results in more exposure to smoke.

Many people also believe the smoke from hookah is less harmful to the body than cigarette smoke. But water doesn’t filter any of the toxins out – it simply cools and moisturizes the smoke, which makes it feel less harsh. Besides the nicotine, there’s no difference in the toxicity of tobacco and herbal hookah smoke. In fact, besides the smoke from the shisha there is also smoke produced from the charcoal, which is even more toxic because it is burned at a low temperature and the combustion is incomplete.

The use of hookah, tobacco or herbal, is associated with serious health effects including cancer, heart disease, bronchitis, emphysema, pregnancy complications and infectious disease (since people all share one mouthpiece during a typical hookah session).

In Ontario, many cities have decided to prohibit hookah bars in an effort to protect the health of young people as well as staff at hookah cafes. Toronto, Ottawa and Peterborough are three examples.

If you have any millennials in your life, have a chat about hookah the next time you see them and see if they hold any misconceptions that you could explore and clarify together.

Enjoy time outside, but do not let ticks hitch a ride!
June 15, 2022
Buzz off! Protecting yourself from mosquitoes and West Nile virus this season
May 19, 2022
April is Oral Health Month, so let’s talk about teeth!
April 7, 2022
Getting Back on Track with School Immunizations
March 4, 2022
Why do I need a booster? Your booster dose questions answered
February 10, 2022
END_OF_DOCUMENT_TOKEN_TO_BE_REPLACED