Protecting people and pets against rabies

I was baking for my annual cookie exchange last Sunday and needed a little peace and quiet, not to mention space to stack and package six dozen sugar cookies. With that in mind (and to keep the cookies out of the reach of grabby hands), I sent my family out to take advantage of the unusually warm November air.

The cookies were neatly stacked on the cooling rack by the time my husband and toddler returned from their hike on a trail by our house. I asked, “How was your walk?”

My hubby responded, “We saw a raccoon wandering around. But don’t worry, I kept Noodles close.”

Noodles is our dog. 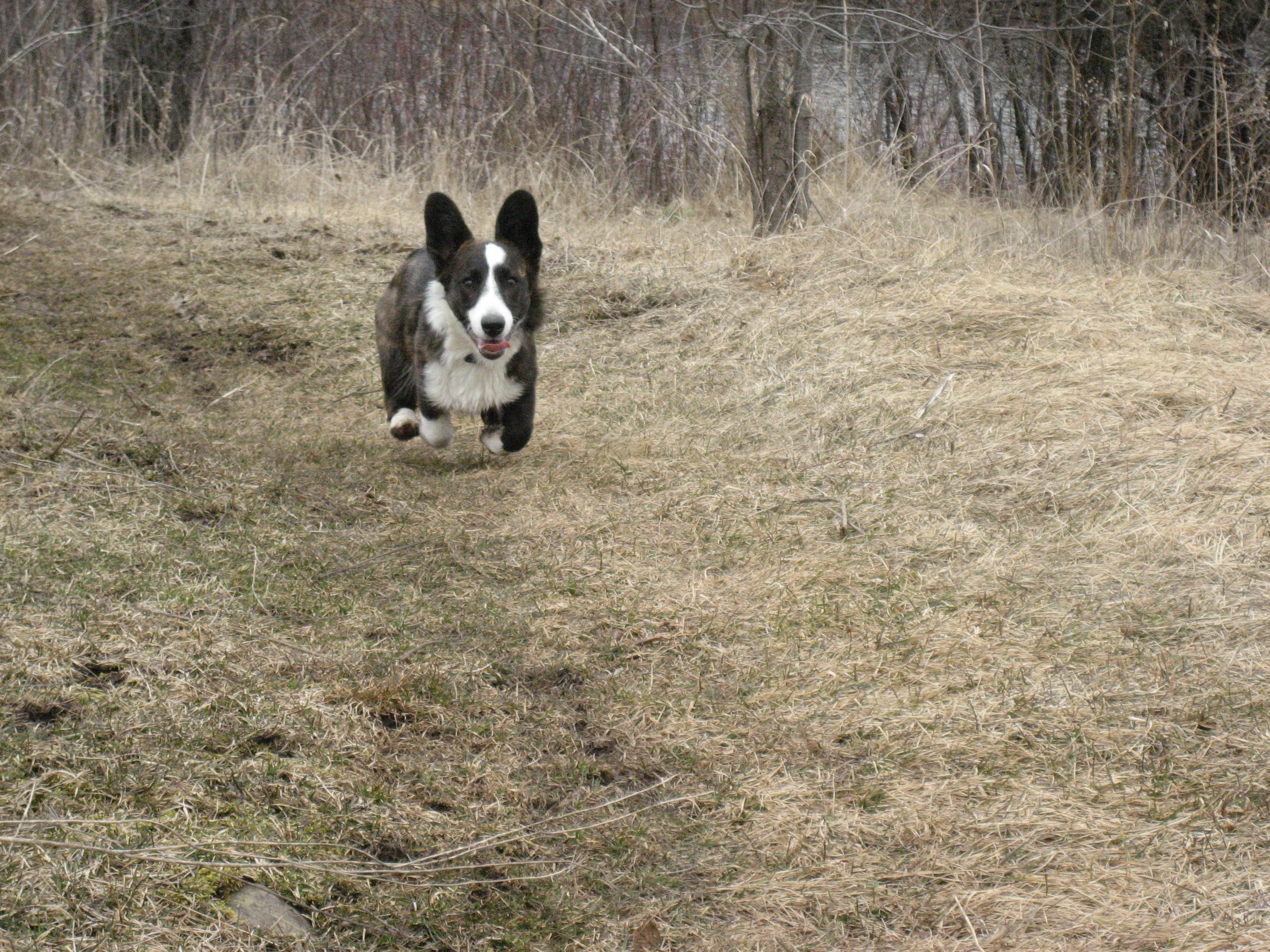 She doesn’t have a stellar track record when it comes to avoiding animals that might have rabies – in fact, she’s been mistaken for a skunk herself. The white markings on her head may be the reason she once made friends with a young skunk and decided to play a game of tag with it before we realized what was happening and called her away.

On Sunday, we assumed the normally nocturnal raccoon was just out enjoying the warm November day as well – but when we started reading headlines about a Hamilton raccoon testing positive for rabies, we reconsidered the reason it could be acting strangely. Since then, three more raccoons have tested positive in Hamilton and one has tested positive in Cayuga. 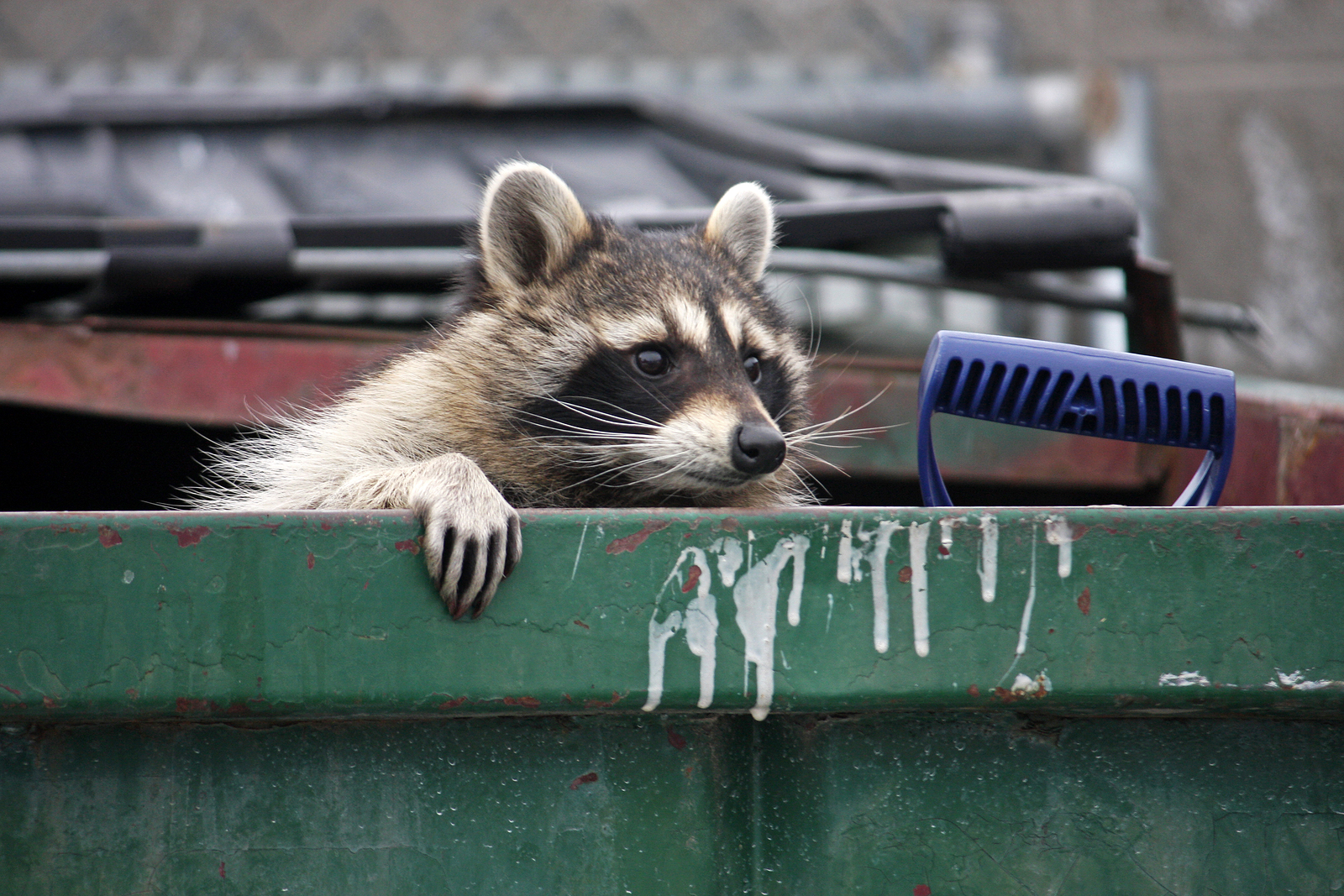 The current situation is unusual – the last time cases of rabies involving this strain, called simply “raccoon rabies”, were found in Ontario, was 2005. The government implemented a very successful rabies vaccine baiting program, which was thought to have eliminated the disease in the province.

But raccoons have large ranges, meaning they cover a lot of ground on foot. They’re also hitchhikers, known to catch free rides on cars, trucks and recently, even the Go Train.

One of the telltale signs of an animal with rabies is being active during the day when it’s normally active at night (like the raccoon my family encountered last weekend). Wild animals with rabies may also lose their fear of humans. They could also drool excessively, act aggressively or, alternatively, get depressed. The most common hosts for rabies are raccoons, foxes, skunks and bats. 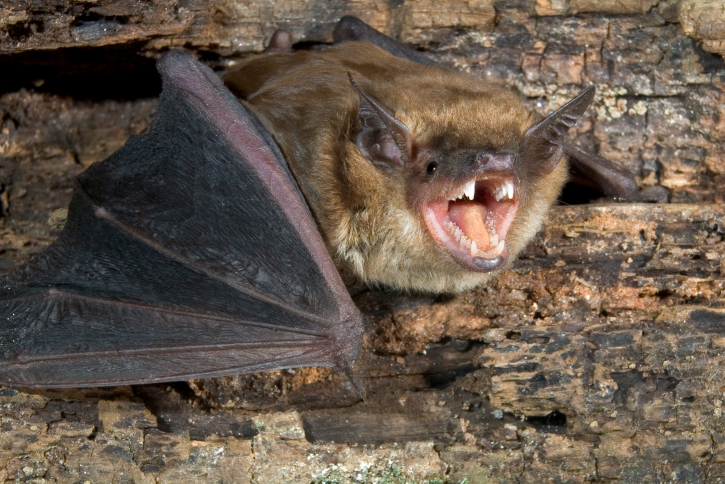 While we hope the disease doesn’t make its way to animals living in the Wellington, Dufferin or Guelph areas, we know it’s a possibility. We also know that our unusually warm fall means raccoons aren’t starting to “den” as early as they usually do. That’s why it’s important you and your family follow some pointers when you’re out exploring our parks, trails and nature areas:

Our Public Health inspectors are responsible for dealing with any human exposure to an animal that might have rabies. If you think you may have been in contact with an animal with rabies, call us as soon as possible at 1-800-265-7293 ext. 4753 (from 8:30 a.m. to 4:30 p.m. weekdays), or visit your hospital emergency department. If you have been exposed to rabies, it’s important to start “post-exposure” treatment as soon as possible.

If your pet has an encounter with a wild animal, avoid touching its saliva (spit) and call the Ontario Ministry of Agriculture and Food and Rural Affairs (OMAFRA) at 1-877-424-1300.

If you see an animal acting strangely, like the raccoon my family encountered last week, call the Ministry of Natural Resources and Forestry (MNRF) hotline at 1-888-574-6656. Making the call will help to keep your favourite parks and trails safe, so your family can continue to enjoy them all winter long!

Enjoy time outside, but do not let ticks hitch a ride!
June 15, 2022
Buzz off! Protecting yourself from mosquitoes and West Nile virus this season
May 19, 2022
April is Oral Health Month, so let’s talk about teeth!
April 7, 2022
Getting Back on Track with School Immunizations
March 4, 2022
Why do I need a booster? Your booster dose questions answered
February 10, 2022
END_OF_DOCUMENT_TOKEN_TO_BE_REPLACED